Game Chef of the Year Crowned

Orry Shand of Number One @ The Balmoral, Edinburgh was announced the winner of this prestigious award. His skill and talent were clearly obvious in the two dishes he created for the competition, 'To win a competition of this standard is a great achievement for me, I'm still a bit dazed but really looking forward to the prize' said Orry Shand. 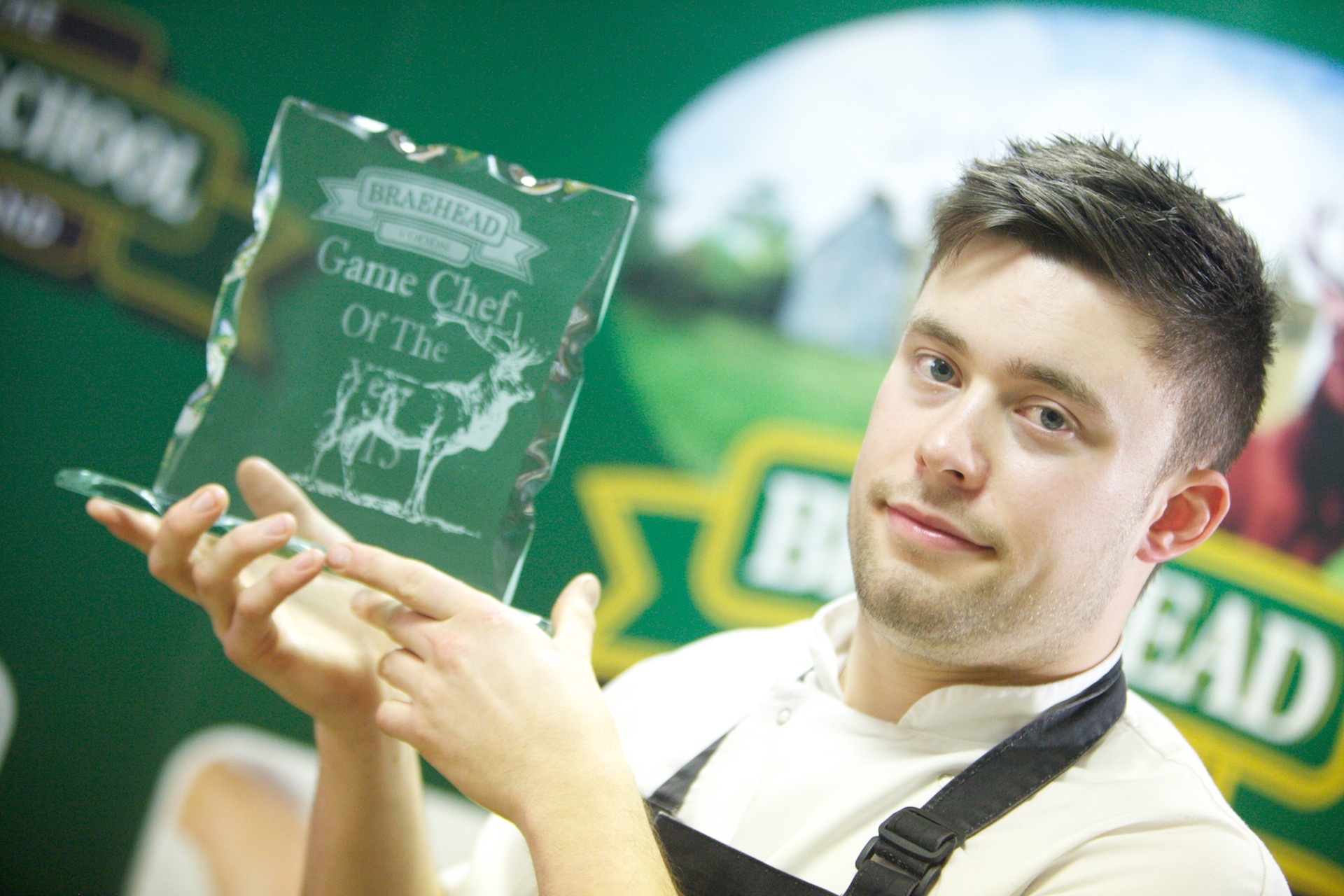 The competition which attracted entries from across the UK was organised by Braehead Foods, one of Britain’s biggest game suppliers, and involved a six-month search to find the best upcoming, professional game chef in the UK.  The finals were held in the Cook School Scotland, Ayrshire which boasts a state of the art facilities. Not every chef has a great knowledge of game or the skills to prepare and present it so this makes this competition very exciting and challenging. Contestants were challenged to cook up fresh, innovative dishes using some of the finest game produce the UK has to offer. Top Michelin starred chefs Tom Kitchin and Martin Wishart, along with Ian McAndrew of the Academy of Culinary Arts and Joe Queen of Scottish Federation of Chefs made up the high calibre judging panel who had the difficult task of selecting a winner.

'We were pleased to see that the standard and quality of entrants this year was so much higher than last. The young chefs produced award winning dishes. They have put in a lot of effort and all did extremely well to reach the finals' said Joe Queen, Executive Chef of Braehead Foods.

The winner of last year's inaugural competition enjoyed a prize of wild boar hunting trip in Sweden.  Brian Grigor from Edinburgh's 5 star Balmoral Hotel said it was the experience of a lifetime. This year's winner Orry Shand plus the two runner ups, Daniel Spurr of Martin Wishart @ Loch Lomond and Gareth Linden of Inspire Catering will again be flying off to Sweden for this money can't buy experience of boar shooting and deer stalking courtesy of Highland Game.