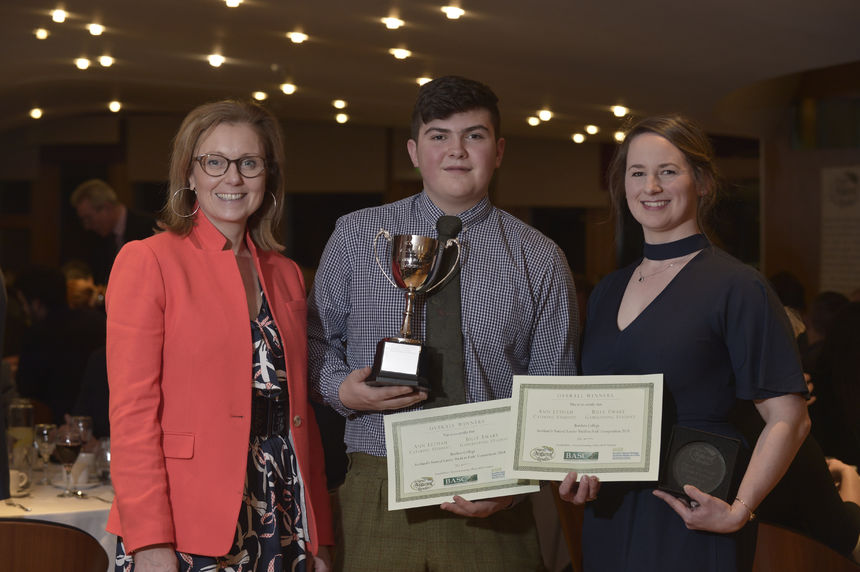 The importance of education should never be underestimated. The UK has an ever-increasing urban population and a growing disconnect from rurality, and it is through education that this divide can be bridged.

The importance of education should never be underestimated. The UK has an ever-increasing urban population and a growing disconnect from rurality, and it is through education that this divide can be bridged. By teaching people about rural fieldcrafts, traditions and the provenance of food, we can strengthen the bond between the rural and the urban, allowing for a stronger rural community.

Taking our message to new audiences is just one of the roles of the Countryside Alliance. That is why we are delighted to support the Field to Fork initiative in Scotland which brings hospitality students and gamekeeping students together in an inter-college contest to source and create a dish using seasonal Scottish game. Albeit with a competitive edge.

The initiative allows those studying hospitality to gather information about wild game, and learn the benefits of incorporating seasonal produce on their menus. At the same time the initiative teaches the next generation of gamekeepers the importance of providing an end-product that is fit for the table.

The competition builds on the work of the Scottish Parliament and their recent Young People and Food and Drink campaigns. It was therefore fitting that this year’s finale took place at the Scottish Parliament, supported by the Scottish Countryside Alliance, BASC Scotland, Scottish Land and Estates and Scottish Natural Heritage.  The finalists had submitted their recipes for the Parliament chefs to adapt, cook and plate up for 100 eager guests. With sixteen cross-party MSPs, including the evening’s sponsor Rachael Hamilton MSP, present for the dinner, it was a fantastic opportunity to showcase this ground-breaking initiative.

Although the initiative is still relatively small, it is growing annually and has an immediate impact on the students that take part. Both sets of students have had an unforgettable opportunity to learn about a new but relevant industry and in doing so understand more about their own sector, which will be sure to benefit them once they leave college.

Congratulations go to Borders College students Billy Ewart and Ann Letham for their winning rabbit samosa dish. However, whilst the rest of the menu was just as delicious, the real winner for the Countryside Alliance was the bond that has been formed between the hospitality and gamekeeping departments at all the colleges that took part. We are already looking forward to next year