The star dish of the day was, roe deer loin with a walnut, horseradish mad mustard crust, taken from Highland Games book "7 days in Scotland", recipes created by Maxine.

Everyone attending the demo got a full selection of recipe cards that FCS had put together and the tasting by the end of the demo went down a storm with grown ups and children alike.

Highland Game would like to thank everybody who contributed to the show. It was a very well organised and successful event. 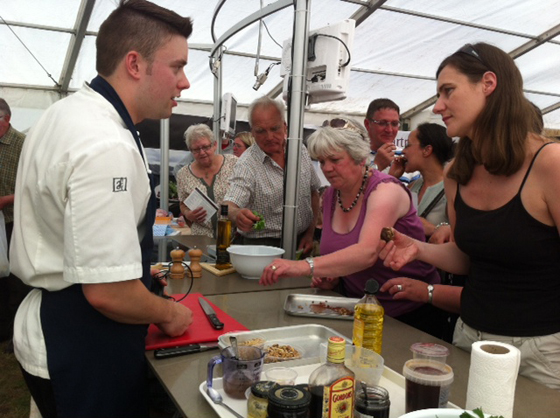 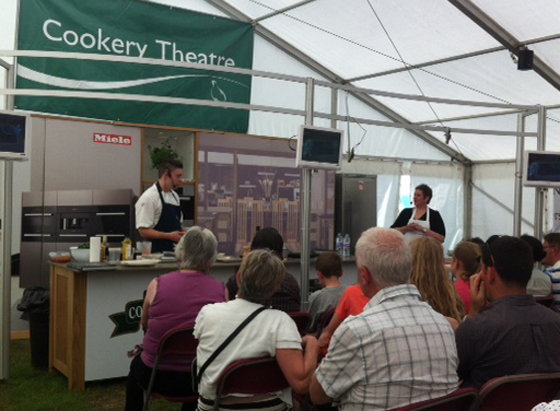 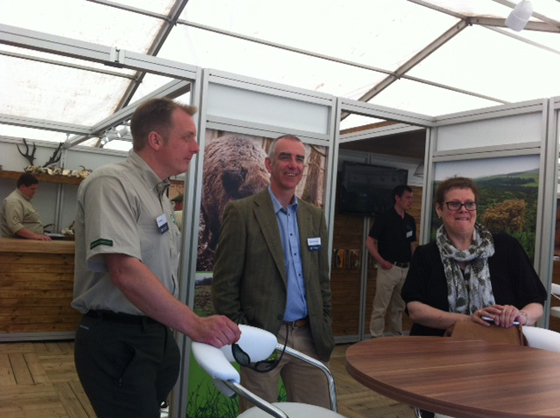 James Mcdougall, Forestry Commission Scotland, in the middle and Maxine Clark to the right at the FCS marquee